Pets are mature family members, and pet owners want their children to be healthy and safe, including the pet food they eat. These are recognized factors, and not even a global pandemic and ensuing economic collapse can change that. However, it would be naive and foolish to think that the pet food market and consumer trends will not be affected. Through this crisis, we take a look at what trends will affect pet food in the future.

1. Health is the key to choosing pet food

In related reports, pet owners are increasingly focusing on the potential health benefits of pet food and ingredients. However, these data suggest that pet food manufacturers are manufacturing and marketing to a certain extent based on the health needs of pets and the needs of consumers.

As human food and health evolve, so do pet food and health. According to the Kerry report, 77 percent of U.S. adults claim they are actively working to improve their health, and 65 percent claim that the foods and beverages they eat every day are functional. While pet food shoppers show high brand loyalty, especially when it comes to pet food, pet product consumers pay less attention to new brands.

2. The post-90s are becoming the main force in the pet food market

Now the main force of pet food consumption has changed from the post-80s generation to the post-90s generation, who are more willing to spend money. From the report data in recent years, it can be found that the proportion of post-80s and post-90s consumer groups in the entire pet industry has been increasing, from 65% in 2016 to 77% in 2018. Among them, the proportion of post-90s rose to 41% in 2017, and post-90s became the dominant market.

A new generation of young people is more receptive to a pampered lifestyle than their elders. Today's pets, as a member of the family, are mostly regarded as family members or friends, and are taken care of with delicious pet food and drinks, and even enjoy themselves to relax and beautify themselves. The pet economy is on the rise.

Tracking historical data, sales of private label products in mass market stores increased by 14% in 2009, and relevant consumer survey data show that by 2012, the purchase of dry dog food will increase by 10.1%. Sales of pet food in the U.S. have been growing, although they have fallen to 7.4 percent since 2013, according to the data. In fact, they hit $2.2 billion in 2019, with retail sales of pets up 19 percent from the previous year and 75 percent since 2017. 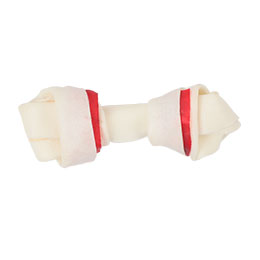